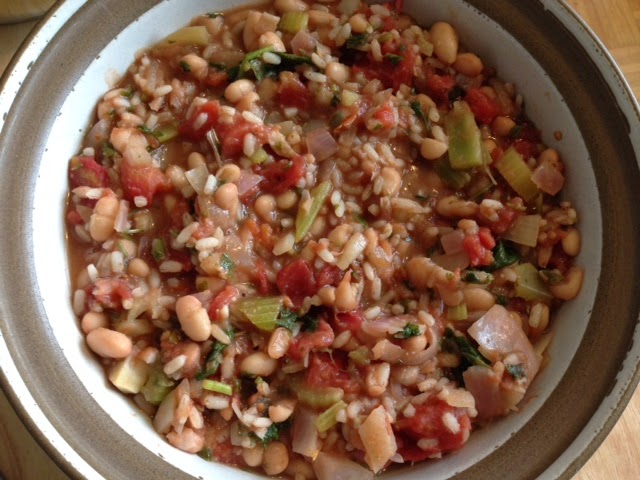 In January I was contacted by a representative from the Ariven Planet Company that distributes Ariven Imperial Rice  about reviewing their heirloom rice, and I became very interested in learning more, both about the rice itself and also about the philosophy behind the company, especially after reading the email where they explained:

"...we believe in a purpose beyond profit and our vision is to create  self-sustaining ,eco-friendly farms for aged cows and oxen so we can grow intelligent vegan produce that can counter a giant like Monsanto."

I was impressed with that statement and knew that was a philosophy I could get behind, and consequently, I was eager to try their product. However, as is frequently the case, time got away from me, and I took much longer to finally get around to creating a dish with this rice, but I am finally ready to share with you what I made yesterday. It's a simple, easy, and inexpensive dish that's both hearty and tasty. I made a huge pot of this, so feel free to cut the recipe in half if you want a smaller end-result. 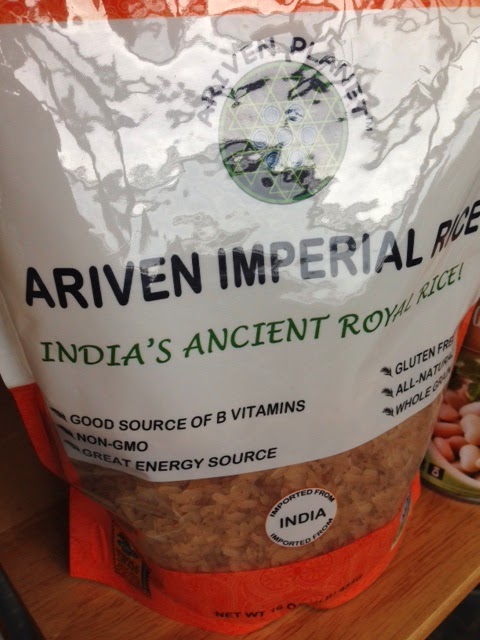 Start the rice cooking according to the instructions in its own pan. In a separate pot, saute the onion, garlic, and celery in the olive oil until they are soft. I alternate between covering and uncovering the pan with a lid, to let the moisture from the cooking vegetables steam up and make the olive oil go further. I also add a little salt to the cooking veggies to bring out the flavor, and then sprinkle the crushed red pepper flakes in at this point.

Reduce heat to low and add the tomatoes, beans, and herbs. Cover and simmer for about 10 to 15 minutes. Uncover and stir to let some of the liquid evaporate as the food cooks. Stir in the cooked rice and balsamic vinegar. Taste and adjust seasonings as needed. 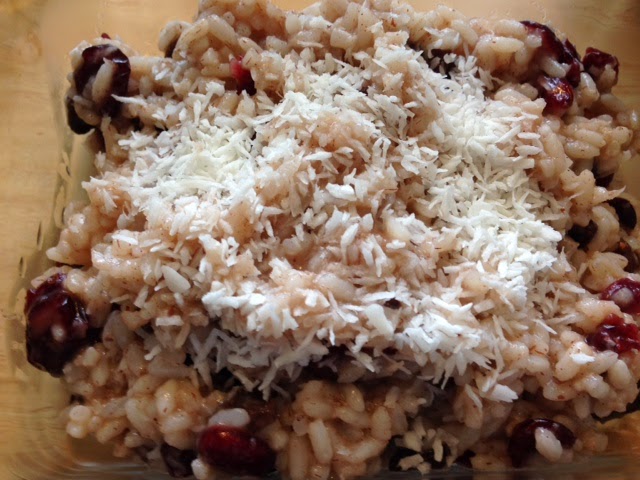 I realized after the rice had cooked, I had made too much, so with the leftovers, I added some cinnamon, raisins, cranberries, a little sweetener (you could use agave, organic sugar, maple syrup,or whatever you choose), some dried coconut, and then I had created a cereal for the next day's breakfast. This mixture can be easily re-heated, add some non-dairy milk, and then you are all set!

In terms of the rice itself, I thought both the texture and the flavor were excellent, and I was very impressed with how both dishes turned out. The rice itself is somehow both fluffy and chewy at the same time, and I thought it was quite good. If you are interested in trying this product yourself, Ariven  Planet is currently offering you a 15% off discount on their rice if you go to their website and use the promocode: BETHECHANGE108.
Labels: Ariven Planet; non-GMO products; Heirloom rice; vegan product review; white beans and rice; rice cereal; Ariven Imperial Rice; rice recipes