Vegan Cheese Ball from Vedged Out and Vegan Potlucks 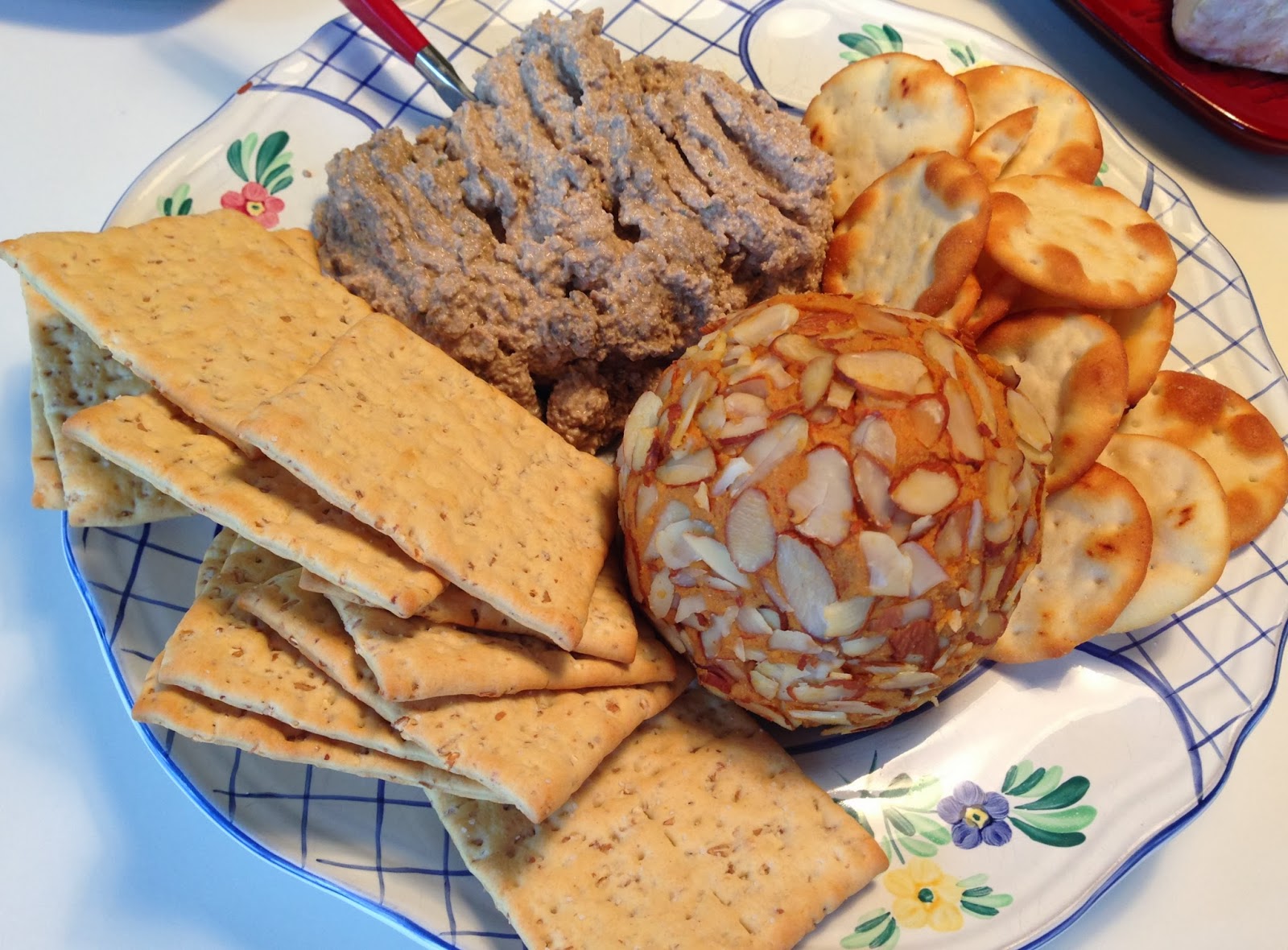 So I was originally hoping to perhaps try and host another vegan potluck sometime in February, but have recently decided that I am afraid any potlucks organized by me are going to have to wait until I am finished with grad school--only two more quarters to go! In the meantime, it's kind of fun to check out the "virtual" vegan potlucks online.

The most recent one was in November, and the next one is not until May, but one of the highlights from this last one was Vedged Out's "Kick Ace Extra Sharp Raw Vegan Holiday Cheese Ball." During the holidays, I took a stab at this recipe myself and it turned out to be pretty cool! I served it up with vegan crackers and my favorite mushroom walnut pate, and it was very tasty and festive.

One thing to note is that I cut the amount of coconut oil a bit partly because it has such a strong flavor, and the first day I made it, the coconut flavor was still fairly dominant, giving the cheese a bit of a sweet after-taste. However, after several days, the flavor actually improved and grew sharper and more cheese-like. I recommend making this several days ahead of whatever event or function you are making it for, and you will be impressed with how great it ultimately tastes as the flavor changes and grows sharper and stronger. (I also made two cheese balls out of the "cheese" that resulted from this recipe, even though there is only one in the picture.)